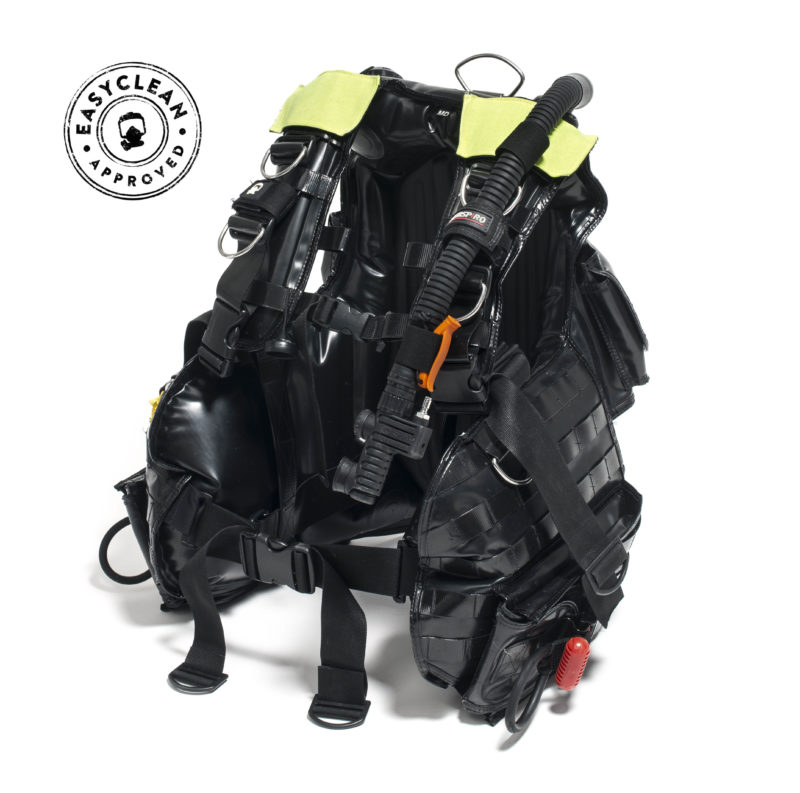 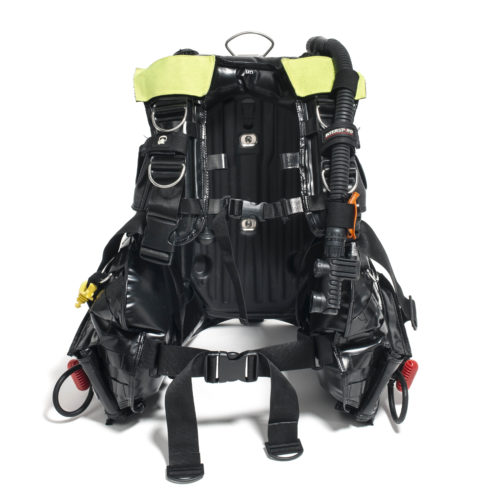 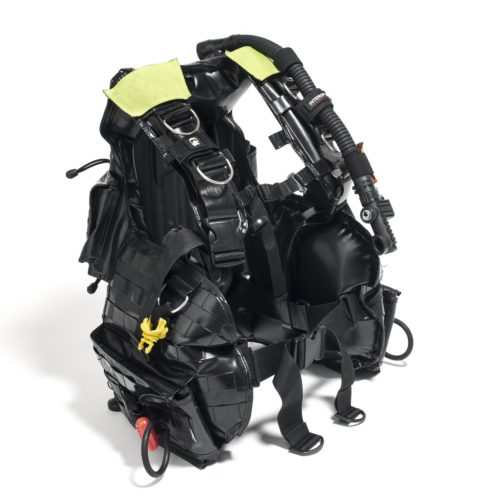 The Divator Rescue BC is a combined buoyancy and rescue device (CBRD).

A combined buoyancy and rescue device (CBRD) is defined as an inflatable device that provides the wearer with a buoyancy compensator that also ensures a head up position at the surface even if the wearer is unconscious.

The materials used in the Rescue BC are all easy to clean and this makes the BC easy to decontaminate if needed. The main material of the BC is polyurethane, which is very durable and resistant to wear. Furthermore, the Rescue BC absorbs very little water, which allows it to dry very quickly.

It is equipped with MOLLE straps that makes it easy to attach various pouches and accessories. MOLLE is an acronym for “Modular Lightweight Load-carrying Equipment”. The MOLLE system is used by a number of armed forces, such as the United States army and British army. The system’s modularity is based on rows of heavy-duty webbing stiched onto the BC, allowing attachmen of various MOLLE compatible accessories.

Login to Polarsafety
Reset Password
Enter the username or e-mail you used in your profile. A password reset link will be sent to you by email.
error: Content is protected !!

Manage cookie consent
To provide the best experience, we use technologies such as cookies to store and / or use device information. Adopting these technologies allows us to process information such as your browsing behavior or unique identifiers on this site. Leaving or withdrawing consent may adversely affect certain features and functions.
Manage options Manage services Manage vendors Read more about these purposes
View preferences
{title} {title} {title}